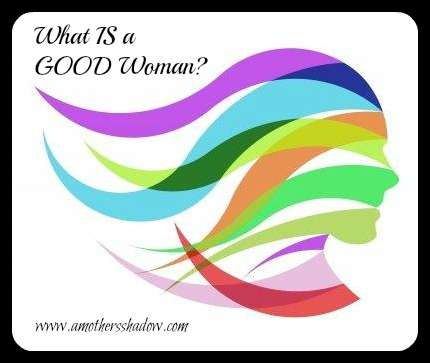 What IS a GOOD Woman?

Home » What IS a GOOD Woman? 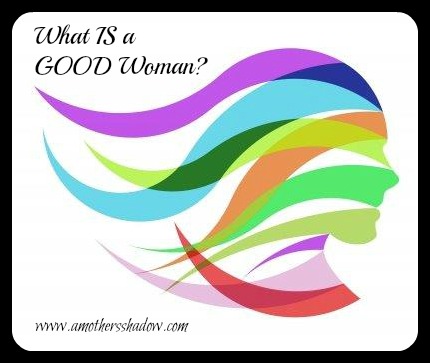 What IS a Good Woman

In our society today it seems the definition of what a good woman is, is much different than what one was in days gone by. Does that mean it is out-of-date and should be left on the shelf so to speak? Has progression in technology and other social aspects stymied our need for the assumed demeanor that had been proven so noteworthy for decades and beyond. Did that behavior limit women or empower them? Does the encouraged brash and impetuous attitude serve women well? Let’s look at this a bit more.

From earliest recorded history including the Greeks, Ancient Persians, Romans and others, all wrote of the central integral part of the home being that of the hearth. The hearth was a fireplace lined with brick or stone, which may or may not have an oven accompany it. Because it was such a central part of the home for many centuries it became regarded as the household or home place. We have probably all heard the terms, “hearth and home” and “keep the home fires burning”; this is where these terms come from.

Any woman who was a positive role model to children, youth, or any who would be shaped, was regarded as the most prominent and influential person in the community.

Why you may wonder was such honor bestowed on females who could not own land, vote or have the equal rights as males in the same society?

I would suggest it was because the tender, patient, continual tutoring and teaching of how to be a responsible, conscientious, hard-working, ethical and honorable citizen was beyond assigning any monetary price or position of status.

What a capable woman taught at the hearth: at the center of the home, as the child grew, as the youth came hurriedly by to eat, as the young adult stopped by for a moment of advice was irreplaceable.

Let’s compare what we so often see on the television, in movies, reality shows, song lyrics and so many other platforms of today with what we should be:

What is becoming commonplace:

Coarse and vulgar language laced with profanity and cursing is demeaning to any within earshot.

The sarcastic and hurtful remarks are setting the bar for the dissenting and defiant attitude for those who are watching; regrettably seemingly to outdo and become even more improper and base.

What we should be:

If our language would

Our voice for positive improvements would be heard and not ignored. The good we could accomplish as individuals, as two, as a group as a society of women committed to improve the lives for all could not be stopped.

As women, particularly, become even more aggressive, self-centered and violent, the world becomes more so.

My opinion is this – if women, each of us, were committed to be peacemakers (this does NOT mean to stand by and be abused nor exploited), I sincerely, with all my heart believe that turmoil, conflict and so much of the terrible atrocities would cease.

Some may say this is unfair to put so much of the weight on the shoulders of the women and declare it is their fault, their problem. I say, we have that much influence for bad or good!

Love her simply because she is another daughter of God and for no other reason what a transformation every single community, neighborhood and chiefly the family would undergo.

What we see too often:

I am amazed at the ladies who get in each others faces and scream, or use cruel and vicious language or body actions to try to intimidate, bully or coerce others into doing as they wish.

So many use violence, force and fists to compel another to their point of view. This is the worst use of God given agency possible.

If we love God and help others to know Him also, peace would fill the world and that all begins at the hearth, the home.

All by a woman who is gentle, loving, kind, one to comfort and to give trusted good advice that would be pleasing to Heavenly Father.

My hope is that we all can be that kind of woman. So let’s join hands to bring the noble and virtuous attributes into our own life so we can teach them to our families. Then take them to our neighborhoods, communities and beyond.

We have this potential and ability to work together for all that is good, let’s LEARN, PRACTICE AND BECOME the woman, starting at our own hearth!

‘A Mother’s Shadow’ a novel by Carrie Groneman

Are YOU A Super Hero?