The Story of the Candy Bomber

Home » The Story of the Candy Bomber This very special man went above and beyond his duties in the military.

To help us understand the tremendous scope of our small efforts, let’s look at the story of “The Candy Bomber”. 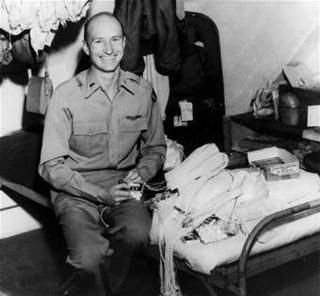 In 1948 Gail Halvorsen was a Lieutenant in the US Air Force when Russia blockaded food and all supplies to West Berlin. To prevent the people from starving, the Americans and British began dropping airlifts of food to the city.

Gail was one of the many pilots involved in this huge effort. While in Berlin, he saw a group of children standing on the other side of a fence watching for the planes. He knew they were hungry, as most were in the city, but Gail only had two sticks of gum on him. What could he do, there were so many children, and he only a miniscule amount of food, and candy at that.

He approached the fence and felt impressed to share the gum. He broke the gum in halves, making four pieces, and was a bit nervous that a fight, or worse, would break out when he gave this small offering through the fence. These children had already been through so much in their young lives, and what could 4 small pieces of gum possibly do to help them? Could he protect small ones who might be harmed if there were a rush on those who did get the gum since a fence separated him from the children?

Again, the impression to share came. He followed the feeling and reached out to the children with the small pieces of gum.

The children pressed forward, but did not over power the lucky four who did get the candy. Gail waited, almost without breathing to see what would happen. The four fortunate receivers of the candy shared, even tearing the wrappers into strips to be passed around for the others to smell the sweet scent of its previous contents.

Halvorson was amazed. He had never witnessed that kind of selflessness and happiness at such a small (or even a grand) gift. The feeling of almost reverence hung over the children as they showed delight for those who had actually gotten a piece of the gum, and gratitude to simply hold a small remnant of such special contents.

Those children acted graciously, with dignity and empathy to their fellow beings, rather than selfishly or ‘it’s all about me and what I can get’.

For a moment, let’s put ourselves in their situation.

When Gail grasped what was happening and how these poor souls were responding, he promised to drop more candy the next day.

So that the children would be able to identify his plane from all the others flying overhead, he told them he would wiggle his airplane wings.

That night he gathered all the candy he could from his kindhearted fellow pilots, fashioned parachutes from handkerchiefs so they would fall a bit more slowly and more easily be seen by the children.

Can you imagine the hope, the desire to live to see another day those children felt as they waited the long night, praying that someone, a stranger even, would care enough about them to come back, with just a small token of kindness?

Gail kept his word and as he flew overhead, he wiggled the wings of his plane and let go of his small, but precious cargo.

Halverson’s military buddies were also heroes in this story.

Candy and rations were as valuable as currency in Germany at that time, yet they gladly gave of their rations to help support this effort for the children of Germany.

After dropping several of these parachutes over the next few days, the local newspapers began to report of the ‘candy bombs’, and suddenly letters by the bundles came addressed to “Uncle Wiggly Wings” or “The Chocolate Pilot”, as children all over the city requested they too have special candy parachutes dropped to them.

Newspapers in America also picked up the story, and Americans were eager to help with this cause. In fact, people all over the United States anxiously sent their own contributions to Gail to ‘parachute’ to the children.

Soon afterward, entire train boxcars were sent from the candy manufacturers in the United States to help in this effort. By this time the US Air Force was involved and many were helping in this cause, not just Gail and his plane.

The blockade ended the next spring and
the parachuted candy was no longer needed.

What can we learn from this wonderful and selfless act by Gail Halverson?

In this day of far too many taking advantage of another, or looking for an excuse to benefit at the expense of someone else, I hope we will teach this story to our family, learn from it and see the far reaching effects from a group of children who loved each other more than themselves. Because those children looked beyond their own needs and acted as they did, thousands and possibly tens of thousands lives were influenced for the better.

God knew those children and what they needed most at that time.

He knows us and what we need right now.

God did not end the suffering as soon as it began; instead He prompted a listening person to do His work, and gave others the opportunity to lift the burden of another in need. To love as He loves and to act as He would act.

I hope we will do the small and simple acts of kindness as soon as the impression comes to our mind, and to teach our families this same principle. We will be incredibly blessed for doing so. 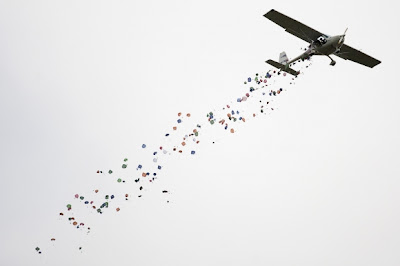