This lesson is about the importance of trusting there is a greater purpose in our life and we do not always understand why things are happening when we are living our very best.

Join for Free Lesson Printables which are in the Library category:
SQUANTO, A TRUE HERO

Adapt this lesson in accordance to your family’s needs, so each individual is able to begin to understand that God has a plan and purpose for our life that is better than anything we can imagine if we trust Him and live close to Him.

Do you ever wonder why hard things happen to you, or other people, when you are doing all you can to be good?

Does God have a plan for you in this life?

O Lord my God, in thee do I put my trust: save me from all them that persecute me, and deliver me:

Sometimes we have bad things happen to us even when we are doing our best.

Sometimes those we love get very sick, are hurt, or are taken from us.

Even though these hard things happen sometimes, it is always true that God is there to help us feel His love, to help us not be mad or sad.  He will fill us up inside with happiness and comfort if we keep His commandments and follow Jesus’s example.

Questions to ask after reading the scripture

1- Is our life always going to be what we plan?

Have the picture of Squanto from the Library to show now

Squanto was a Patuxet from the Wampanoag tribe.

The year was 1614 when Captain Hunter and his crew sailed across the ocean from England to where Squanto and his people were living near modern day Plymouth Massachusetts, USA.

The Captain and his crew had traded with Squanto and the tribes-people before; however this time, they tricked Squanto and other young Indian braves onto their ship and took them to far away Spain.

Once the ship landed in Spain, Captain Hunter began selling the Indians as slaves to anyone who had money to purchase them.

Several accounts say that local Monks heard what was happening to the kidnapped Indians and hurried to take custody of all they were able; Squanto was one they were able to rescue.

Those who were kind, helped him make his way to England in hopes of finding a ship traveling to his home land.

Squanto was hired on to work as a stable boy when he arrived in England.  While in England he learned English, about God, Christ and Christianity, as well as the European culture.

Squanto always prayed that he would see his family again, he missed them terribly.  He truly wanted to understand God’s purpose for his life.

Five years later, in 1619, a trading ship departed for the new world. Squanto’s linguistic capabilities, learning to speak English so well, enabled him to work as the translator aboard ship in exchange for his passage.

Squanto was devastated to find that his family and friends had tragically fell victim to a deadly illness.  All that was left, that he knew from being taken away as a young man, was now just a vacant village.  He was all alone.

Squanto was so sad. It is said that he was so distraught that he left to live alone in the forest.   However, it was not long before he joined with another group of Indians living in the area.

It was about this same time, that a group of religious settlers, which we know as the Pilgrims, were transiting the Atlantic Ocean escaping religious persecution and seeking freedom from oppression to freely worship God.

The Mayflower landed in 1620 at Plymouth, Massachusetts (USA).

Upon arrival, the settlers were very surprised and extremely grateful to find an empty village, the same one of Squanto’s people.  This now gave them shelter from the cold and the elements on Plymouth Rock.

Having experienced much tribulation in their journey over the ocean, landing hundreds of miles north of their intended destination, the Pilgrims encountered much colder weather and harsher conditions than they had anticipated.  Many of the settlers died, in fact only fifty percent of the Pilgrims survived to this point.

The Pilgrims who survived, wondered what they were going to do.

Could they make it in this new land?

Accounts speak of fervent prayer being offered up unto God for relief and assistance to preserve them.

Indians from a near-by village tried to help, however the Pilgrims and the Indians could not understand each other because they didn’t speak the same language.  One of the Indian braves knew Squanto and his story. He knew that Squanto would be able to communicate with them. He set out to find Squanto.

Squanto who was devastated that his family and friends were gone despite his years of praying while trying to return to them; still prayed to understand God’s purpose for him and was living away from that empty village.

When the Indian brave found Squanto, the brave related the story of the Pilgrims and their dire circumstances.

Squanto wanted to help because he could speak the Pilgrims language, which was a miracle!

He and the other Indians taught the Pilgrims how to plant corn by adding a fish with the kernel of corn to help it grow.

Squanto also taught the Pilgrims how to fish, and hunt, so that they would not starve.

God’s hand had played a significant role in Squanto’s life.  He had traveled across the ocean so that could the customs, culture and language of Europe in order to save their lives.

Because of Squanto’s experiences, when the Pilgrims landed at Plymouth Rock, Squanto was able to save them from certain death.

It was crucial that the Pilgrims survived in their new home as they were the infancy and beginning of America becoming a country.  A land of religious freedom and so much more.

To reinforce this lesson in a fun way, in the library you will find these all centered on the lesson SQUANTO, A TRUE HERO

Join for Free Lesson Printables which are in the Library category:
SQUANTO, A TRUE HERO

Foot Toss Ball: To play this game, you needed a stone. To set up play, you balanced the stone on your toes. This game had a choice. You could either play to see how far you could toss or how high you could toss the stone with your toes. Kids used light stones, adults used heavy stones, and they completed with each other. Your family could use small bean bags or even folded up socks for this game

Butterfly Hide and Seek:  Children were taught never to hurt a butterfly. To the Ojibwa people, it was considered a gift of good luck if you stayed so quiet that a butterfly would trust you and land on you.

To play this game, the person who is ‘IT’ covers their eyes and repeats 5 times slowly:  “Butterfly, butterfly, show me where to go.” while everyone hides to play Hide & Seek.

Here are two animal themed dessert options that make up quickly, or the family can make together.

Of course CORNBREAD!  We love this rich, moist and tender BEST Cornbread HERE which is one of my own recipes.  Serve along  with Honey Butter, which is shown in my signature-style-tutorial-recipe at the bottom of the post. Make up jumbo muffins as I did here or regular muffins – 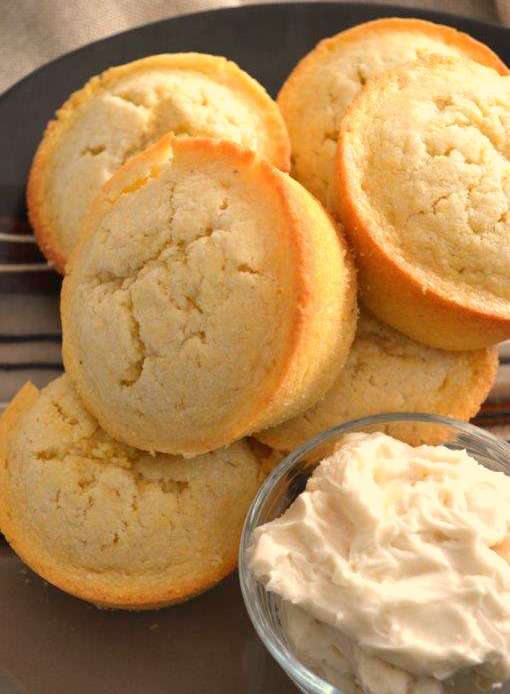