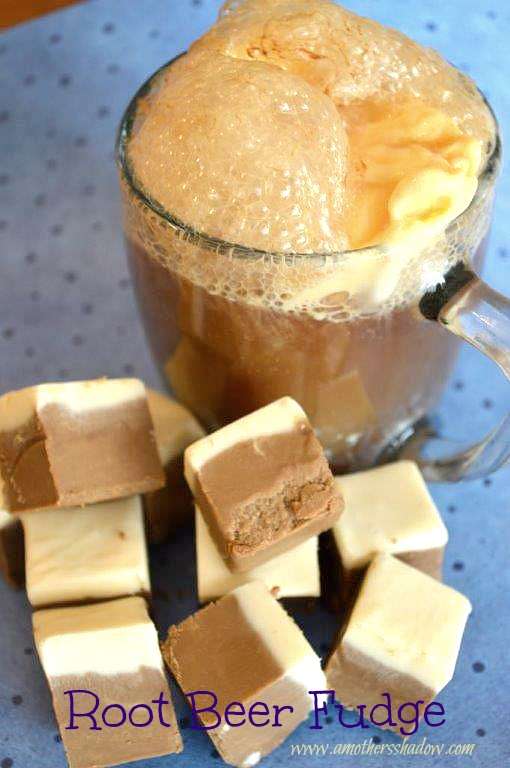 Do you like Root Beer Floats? While skyping with my daughter and little grand daughter, she told me about this fudge she  made and even showed me a piece of the candy. No Way! Root Beer Float Fudge!

It was so unique I had to try it myself. It is easy to make, pretty much no fail, so don’t be afraid to try it even if you have never made candy before. This fudge is smooth, creamy and seriously a tad bit addicting. Perfect for a gift or  treat.

Continue on to the following pages for the recipe with plenty of step-by-step tutorial for your success!

You can see from the picture at the TOP, one-third layer of the fudge is white, compared to the picture at the bottom of this post; that the candy is half-and-half white and dark fudge. The difference comes from following option #1 or #2 when making this fabulous candy. #1 is the TOP picture and #2 is the BOTTOM picture.

2 tsp. root beer concentrate (in with the spices and extracts, used in making homemade root beer)

2 Tbl. root beer concentrate (in with the spices and extracts, used in making homemade root beer)

In a large heavy saucepan, combine the sugar, milk and ¾ cup butter.

Bring to a boil over medium heat, stirring constantly. Cook and stir for 4 minutes.

Remove pan from the heat.


Stir in the baking chips and marshmallow crème until melted.

My recommendations for a nice balance of flavors:

IF using 2 teaspoons Root Beer Concentrate, set aside 1/3 of the white mixture into a bowl, to be the ‘float’ portion of the fudge. Stir in the vanilla.

F using 2 Tablespoons Root Beer Concentrate, set aside 1/2 of the white mixture into a bowl, to be the ‘float’ portion of the fudge. Stir in the vanilla.

Immediately spread into the prepared pan.

Working quickly, to the set aside one-third OR one-half of remaining fudge mixture, add in 1-2 Tablespoons of milk.

Just enough to make it spreadable, but not thin or runny.

Pour this mixture on top of the root beer mixture and spread evenly without disturbing the bottom layer.

Refrigerate 1 hour or until firm. Using the foil, lift the fudge out of the pan. Remove the foil and cut fudge into 1-inch squares.

Store between layers of waxed paper in an airtight container in the refrigerator.

Adapted from Taste of Home recipe 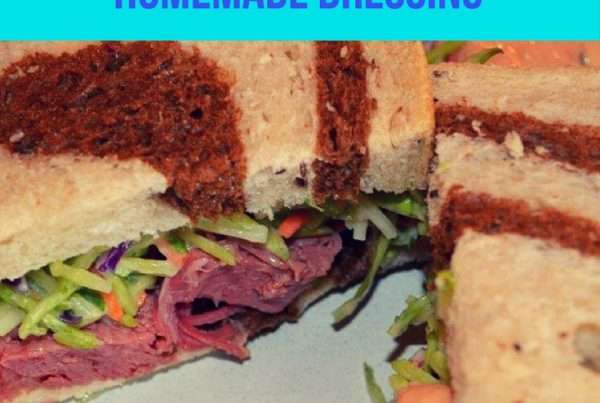