Home » Let’s Find Your MANY Talents! 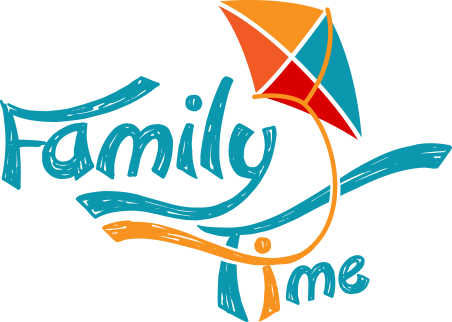 Let's Find Your MANY Talents!

This lesson is about the importance of finding our own unique and special talents.  We all have talents that may not be the kind that are thought of first, such as in art, music, dance or being an athlete.  However, our abilities and skills are valuable and gifts; to be recognized and  improved for our benefit and to help others. You will be amazed at what your talents are and how many you have!

Join for Free Lesson Printables which are in the Library category:
Let's Find Your MANY Talents!

LET'S FIND YOUR MANY TALENTS!

Adapt this lesson in accordance to your family’s needs, so each individual is able to grasp the importance of valuable they are, the talents they have and help them know how to improve them.

Do you have talents?

Prompt with any of these if needed:

Can you sing beautifully?

Are you coordinated and dance amazingly?

Do you draw or paint like the famous artists?

Talk about these for a few minutes, but this is not the full content of the lesson, so 5-10 minutes will help generate conversation for the lesson:

Do wish you had talents that others had?

How do you feel when someone can do things better than you, and they don’t even seem to have to try?

Do you get jealous?

Do you get mad?

Do you give up?

Are you grateful for the talents you do have?

vs. 15 And unto one he gave five talents, to another two, and to another one; to every man according to his several ability; and straightway took his journey.

vs. 16 Then he that had received the five talents went and traded with the same, and made them other five talents.

vs. 17 And likewise he that had received two, he also gained other two.

vs. 18 But he that had received one went and digged in the earth, and hid his lord’s money.

So we have a very generous man who came by and gave 3 people talents.

Notice that EVERYONE was given SOMETHING.

For this lesson you have two choices of main pictures to use:

We don’t all have the same amount of talents, or maybe not as good at as many things as others.  But we ALL have talents!  That’s a fact.

So what if our talents are hard to find, or it’s just really long until others see them?

That will be the challenge for all of us, but we can never give up.

We have to keep trying, learning and practicing until we become better at them, or maybe until it’s the right timing.

In the free library, you will find a picture of Theodor Geisel and some of the famous characters from his books.  You will want to show that as you read or tell this story.

Theodor Geisel wrote a children’s book and it was rejected TWENTY-EIGHT times!

After the twenty-eighth rejection, Theodor was walking down the sidewalk of New York so sad that he didn’t see his old friend Mike, and bumped right into him.

Well, just that very morning Mike had started a job at the Vanguard Press working in the children’s section.

After talking, they signed a contract a few hours later for Theodor’s book,  “And To Think I Saw It On Mulberry Street”.

By the time of Geisel’s death in 1991, he had sold over 600 million copies of his books, which had been translated into 20 different languages.

Geisel, or Dr. Seuss as we better know him wrote; ‘Don’t give up on discovering your talents…and the places you’ll go!

One of the most important reasons we have been given our own unique, individual talents is to use them for the benefit of others.

Let’s look at the life of Anne Sullivan for a great example of this:

In the free library, you will find a picture of Anne and Helen together.  You will want to show that as you read or tell this story.

Anne was born in 1866 to Irish immigrant parents in Massachusetts.  She was the oldest of give children.  When five years old, she contracted a bacterial infection in her eye causing her to lose much of her eyesight.  Her mother died three years later when she was eight. Her distraught father sent her and her younger brother Jimmie to the poor house.

At the poorhouse men, women and children suffered from all sorts of illness.  Mental and physical.  The conditions were deplorable.  Jimmie succumbed to a weak hip, leaving Annie tormented between fits of rage and stretches of terror living there alone.

She discovered a small library where she convinced people to read to her. She learned there was an actual school for the deaf and blind, and that was her goal.  She wanted to be properly educated to badly, that when a group of inspectors came by the poor house, she approached them and told them her desire.  That leap of faith, that bold effort changed her life forever.

Anne began school at the Perkins Institution for the Blind in Boston in the fall of fall of 1880.  School was a struggle, mainly because she was rebellious and difficult to get along with for her teachers and the other students.

Fortunately she had teachers who believed in her and continued to work with her and believe in her talents.  She graduated at 20 years old and gave the  valedictory address.

In the address she said:  “Fellow-graduates: duty bids us go forth into active life. Let us go cheerfully, hopefully, and earnestly, and set ourselves to find our especial part. When we have found it, willingly and faithfully perform it; for every obstacle we overcome, every success we achieve tends to bring man closer to God and make life more as he would have it.”

Just a few months later she found her ‘especial part’ when she met Helen Keller.

Because Anne was willing to go through so much to learn and practice her talents she was able to become a valuable and tremendous teacher that could help Helen Keller reach her potential.

Isn’t that why we all have different talents and struggles?

It makes us extremely valuable and of greater worth as we look beyond our self and how we can make the world a bit better.

Go to the activity section NEXT for the great worksheet to finding your talents!

To reinforce this lesson in a fun way, in the library you will find these all centered on the lesson Let’s Find Your Many Talents:

*An easier Word Search using talent words with the solution

*A more difficult Maze with the solution for fun

*An easier Maze with the solution for fun

Join for Free Lesson Printables which are in the Library category:
Let's Find Your MANY Talents!

In the library you will find fun and engaging activity worksheets:

A set of 2 pages for more basic level

A set of 2 pages for more advanced level

Both are very helpful tools in recognizing talents of ALL types.  A GREAT ACTIVITY for any age!

Always a favorite, and this way gives you the chance to use your talents decorating them as you want.  Rice Krispies Treats

Decorate them and show your own originality.

See my yummy recipe HERE, and they are the BEST.  Soft, marshmallowy and just amazing. Then  show off your clever talent in your own style of presentation of these treats!