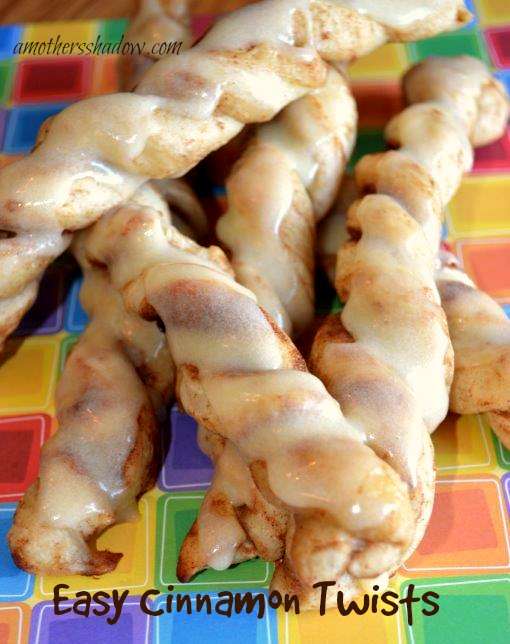 Looking for a Yummy LOW EFFORT dessert snack? I have it for you right here! By using Rhodes Bread Dough you can make a quick fancied up amazing treat. And it can’t get any easier than this because it starts with pre-made frozen cinnamon roll dough. A great project for kids to learn to cook and teens for a fun party snack. These make up for anytime of day – or night:) 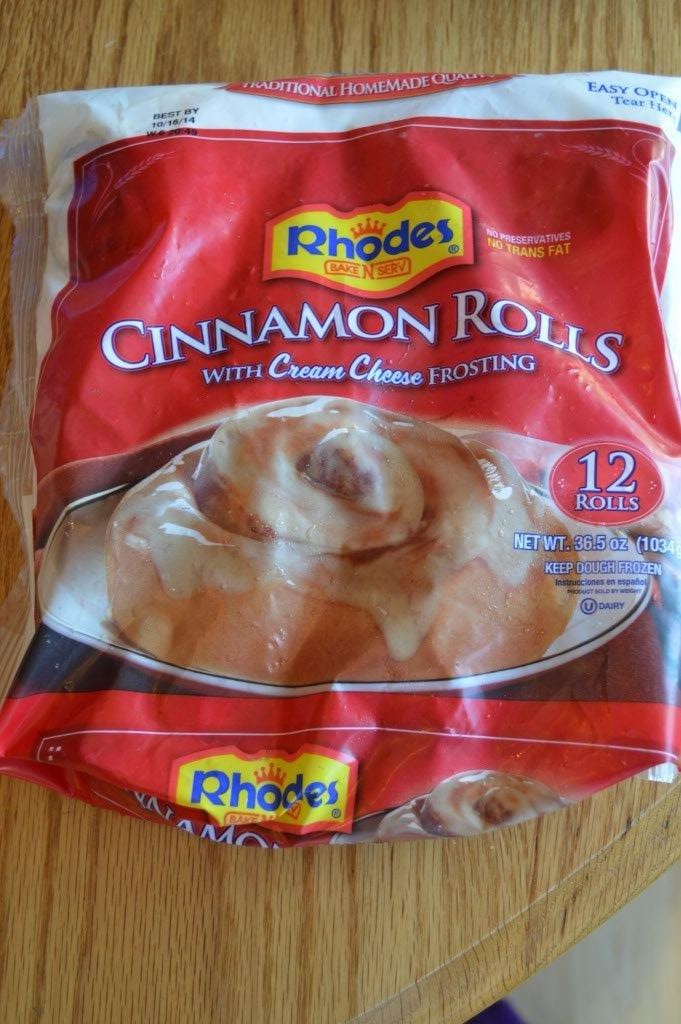 Carefully unroll each cinnamon roll and cut in half.

Cut each half lengthwise in half to make four thin strips; there will be 2 strips with more cinnamon and 2 with less.

Take two of the strips, one with more cinnamon and one with less, and twist them together. 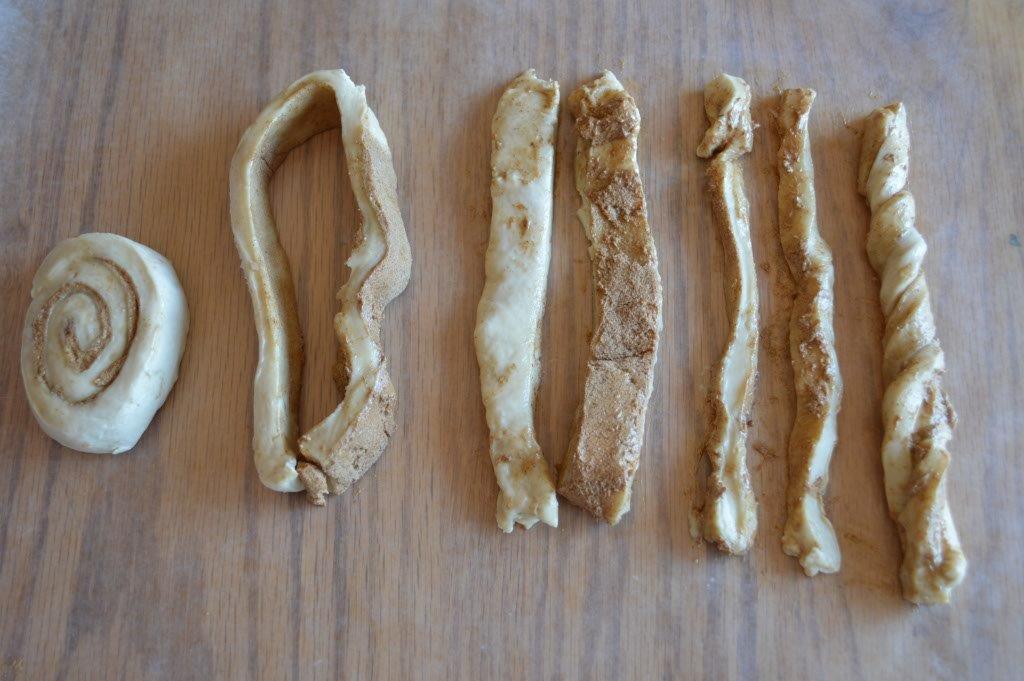 Place twists about 2 inches apart, on a baking sheet lined with parchment paper. 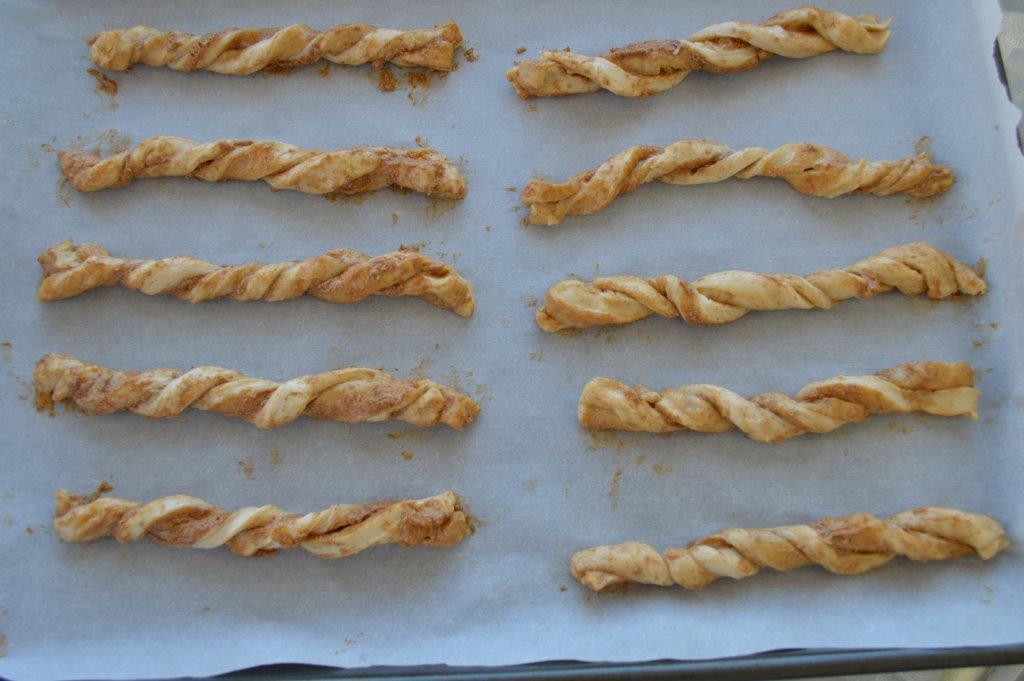 Repeat with the remaining strips.

Bake for 12-15 minutes, or until lightly browned on the top and underside.

Remove from the oven and place on cooking racks.

Place frosting in a bowl and microwave for 18-20 seconds; stir. Spoon the frosting over the cinnamon twists, diving the icing evenly among them. 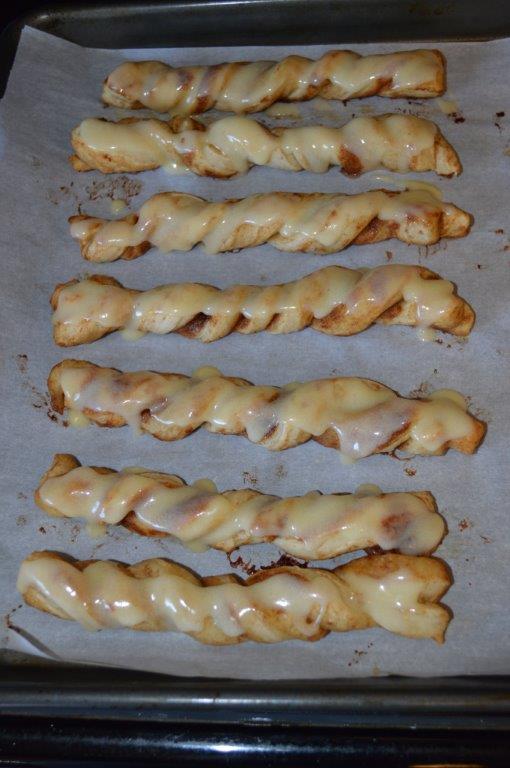 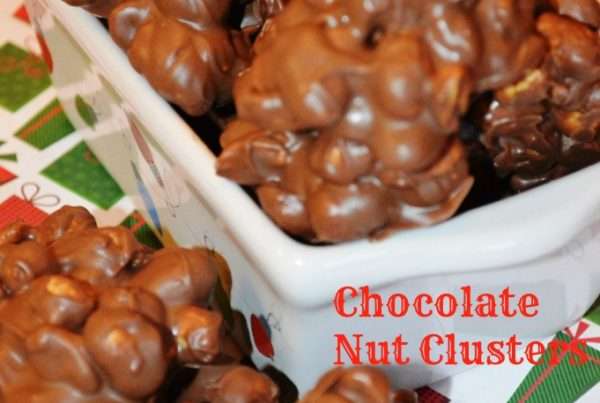 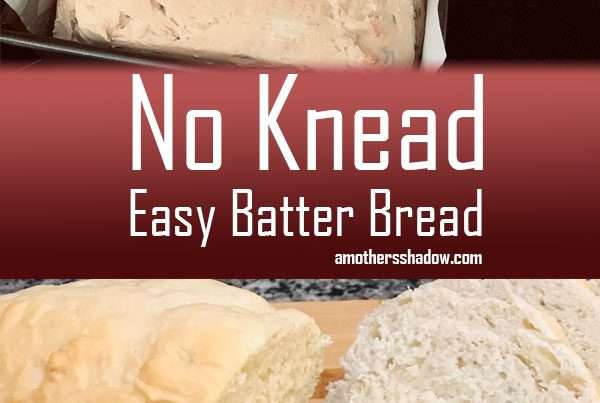 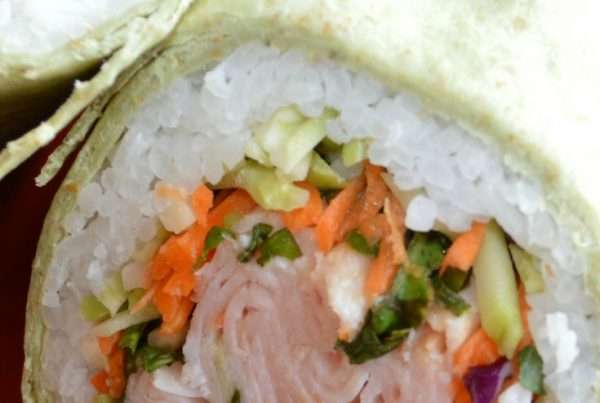